Jan lives in Midlothian with her former Street Heart, Loki (previously known as Fred), who she adopted in June 2020.

"We had been searching for a rescue dog for quite a while, as we didn't want to buy a puppy from a breeder when there's so many dogs needing homes already. Adopting from UK rescues can be tricky if you have kids, and after a very sad failed adoption of a Border Collie in winter 2019, we started to lose hope. A colleague recommended Street Hearts BG as she had adopted from them before (and knew Emma and Anthony personally)".

"On my first glimpse of the Street Hearts website, I spotted and fell in love with 'Fred'. He had the same markings as my late old cat of the same name, so it was fate! He was still a puppy, so a good choice for a family with kids under twelve years old. He was estimated to be medium size when grown, which was what we wanted, too". 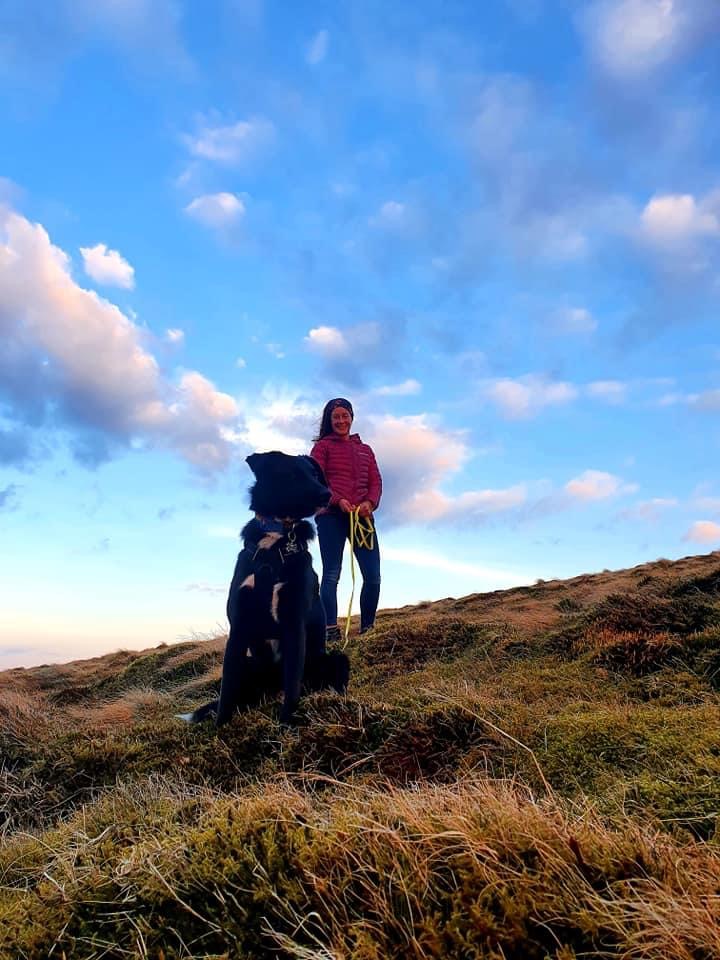 "My daughter and I picked Loki up at Dogs 4 Rescue and he was so well behaved in the car on the long drive home (he still loves the car!) He settled in really quickly and was affectionate from day one. Lockdown meant we didn't have any visitors for a while, so we didn't realise he's a bit fearful of strangers until later. However, he loves other dogs and now has lots of doggy friends he sees regularly on his walks. He just loves his walks, too - especially in the woods or in the hills near our home. He's goofy and funny and tries to talk to us, sounding like Chewbacca or Scooby Doo! He's been so good with our kids, especially our youngest who adores him. However, my eldest daughter is his favourite! Apart from his fear of strangers (and my mother in law!), he's such an easy dog. Quite lazy, in fact! He's just happy to chill at home in-between walks. He's made our life better and we're so lucky to have him".